But My Dog Isn’t Food Motivated

When a client says this during our initial consultation, my response is “He’s not food-motivated yet.”

Eating is an operant behavior. We can often increase its probability and intensity and lessen its latency through structured training procedures. Developing fluent eating might seem laughable if you have a ravenous Rottweiler or always-hungry hound, And yet, situations requiring skilled intervention abound: a senior dog whose appetite is fading; a wary dog who has learned to distrust treats; a pampered dog fussy about meals.

While various medical conditions may contribute to the creation of a finicky eater, so can unwise behavioral practices. We’ll review several common mistakes and provide alternatives. 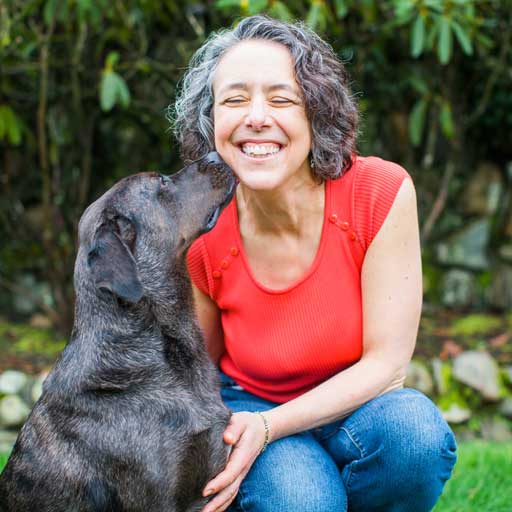 Kathy Sdao is an applied animal behaviorist. She’s been a full-time animal trainer for thirty-five years, first with marine mammals and now with dogs and their people. Kathy received a master’s degree from the University of Hawaii, serving as a member of a research team which trained dolphins to understand sign-language. She then worked for the United States Navy to train dolphins for open-ocean military tasks. Kathy then took a job as a staff biologist at the Point Defiance Zoo & Aquarium in Tacoma Washington. There she expanded her training skills by working with beluga whales, walruses, porpoises, sea lions, seals, otters and polar bears. After leaving the zoo world, Kathy co-created Tacoma’s first dog daycare, Puget Hound Daycare, where she first began teaching clicker-training classes for pet owners.

Since selling Puget Hound in 1998, Kathy has owned and managed Bright Spot Dog Training. Services include consulting with families about their challenging dogs, teaching one-on-one training lessons, and coaching novices and professionals to cross over to positive-reinforcement training. In addition, she has trained animal actors, written for The Clicker Journal and the Seattle Times, consulted with Guide Dogs for the Blind and Susquehanna Service Dogs, and taught at the Instructor Training Courses hosted by Dogs of Course. Kathy also appeared as the “Way Cool Scientist” on an episode of the television show Bill Nye the Science Guy. Kathy is proud to be an original faculty member for Karen Pryor’s Clicker Expos; she’s taught at thirty-nine of these popular conferences.

Kathy has lectured at venues across the United States, Canada and Europe, and in Australia, Israel, Japan and Mexico, educating students about the science of animal training. She’s taught over 400 seminars, workshops, conference presentations & webinars, enjoying these opportunities to share her passion for the incredible power of positive-reinforcement training, confirmed over decades of working with dozens of species.

In 2012, she published her first book, Plenty in Life Is Free: Reflections on Dogs, Training and Finding Grace.