Reactive dogs tend to be intelligent, energetic & vigilant and as such they need structure, both physical and mental activity and a good relationship with their handler based on mutual trust and respect. Because reactive dogs are sensitive, it is my belief that a large percentage of the time you actively spend with your dog needs to be doing fun stuff so when you get to the hard stuff: dealing with their reactivity, it is just a small portion of the time you spend together training.

Because at the end of the day your dog needs to anticipate time spent with you is time well spent. 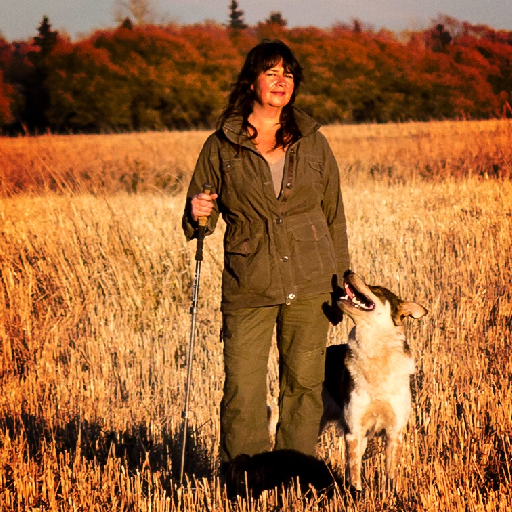 In her 20+ years of dog training Barbara has owned 20 dogs including Rottweilers, Siberian Huskies, Greyhounds a Staffordshire Terrier, a Great Pyrenees a Border Collie and several mutts.

At the core of Barbara’s training philosophy is a strong belief in relationship building first, training second. She cultivates trust relationships with her dogs and the dogs she trains based on mutual respect.

Barbara owns and operates The Dog’s Den Training School, she is a columnist for Total Rottweiler Magazine, the host of K9 Line on CBC Radio, a guest lecturer for FDSA, and Chairman of the Board for the Rottweiler Klub of North American Community Affairs.