Teaching your dog to hold an object can be very challenging. It’s even more challenging if you plan on turning that hold into a competition retrieve in the future. In the past, the predominant methods in achieving this goal have not left much room for choice by the dog. Join Sara as she discusses teaching the hold and then how to teach the hold in a motivational way while reducing frustration on both ends of the leash.

Sara will cover three different methods in adding duration to your hold including sandwiching a similar behavior to help transfer the concept of duration, layering a chin rest with the hold as well as how to use a keep going signal to help communicate duration with this behavior.

Dogs that already have a chin rest will have a head start on learning the steps used in this workshop. 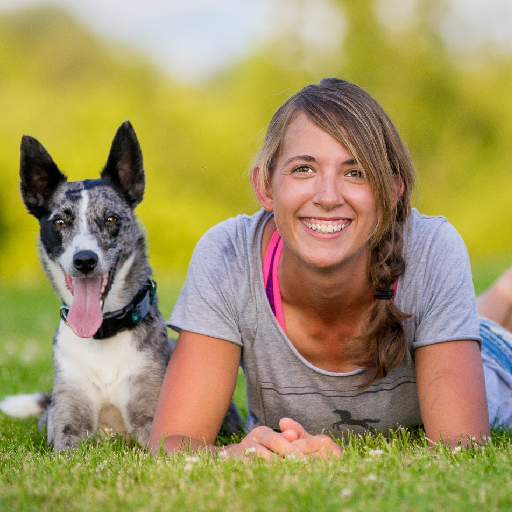 Sara Brueske (she/her) has been training dogs since she was a young child, and has experienced a large variety of breeds and sports during that time. After graduating as a Karen Pryor Academy Certified Training Partner in 2011, she jumped into the professional dog training world. She began teaching group classes and private lessons at On the Run Canine Center in Minnesota. At the time she was also competing in agility and disc dog, as well as fostering for local rescues.

In 2014, Sara was hired by Purina as a dog trainer to perform dog sport shows at Purina Farms in Grey Summit, Missouri. Her number of dogs quickly grew to fill the need of the job. Currently she has thirteen dogs of varying breeds and origins including a boston terrier mix, a papillion, several Australian koolies and Belgian Malinois. Sara and her dogs work to convince people to do more with their dogs, teach about responsible pet ownership and to get involved in the dog sport community.

After six years working as a full-time performer, Sara now teaches on the topic of dog sports full time. While disc dog and tricks are some of her specialties, she also is passionate about creating clear communication between handlers and their dogs as well as teaching how to build a solid foundation for any sport. Sara believes in positive reinforcement not only for dogs, but for their handlers as well. Her biggest joy in training is watching a handler and dog become partners and grow as a team.