In this delivery we will talk through a step-by-step system of how to introduce the foundations of interactive toy play to dog and guardian teams, catering for different preferences and abilities. We will then cover how and when to begin using this reinforcement strategy as a practical reinforcer during training.

This delivery will give you the tools to allow your dog to drive the choices that you make regarding introducing the foundations of interactive toy play. The talk includes toy choice, creating a reinforcing interaction, reluctant players, and much more. 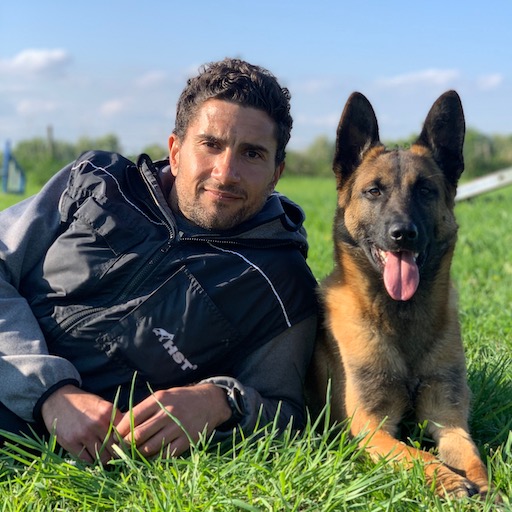 Having spent a great deal of time training and testing working dogs in locations all over Europe, Craig very quickly went on to achieve a unique accreditation. Craig was the first person from the United Kingdom to be licensed to test and train dogs internationally in the working dog sport, mondioring, which consists of obedience, agility, and criminal apprehension.

Craig’s passion and study of dog behavior and training has led him to becoming a board certified canine behaviorist and trainer. He has spent much of his time focused on working with problematic behaviors in dogs, problem solving, motivation, and the power of positive reinforcement. Craig’s journey has helped dogs and people all over the world via seminars, workshops, and online training for professionals and enthusiasts alike.

During his early years spent traveling and training around Europe, Craig made a discovery. He had always viewed the costume that he wore with pride as a big tug toy, and the idea came when he realized he could teach the dogs to grip onto the costume in exactly the same way he would teach them to grip any other toy. He went on to teach dogs of all different types and ages to grip the costume by using the art of play and correctly evaluating their behavior.

Craig developed techniques that allowed him to adjust and adapt to each dog’s needs in order to captivate the dogs’ focus and thereby enhancing his ability to communicate with them. Craig’s unique techniques built remarkable relationships with the dogs in a very short timeframe.

As the costume effectively became one big interactive play toy, Craig realized that he could replace the costume with a normal dog toy and use his techniques to help dog owners from any background to create a uniquely positive reinforcement strategy to suit each dog as an individual.