Just five years ago, the popular magazine Scientific American published an article musing that animals shared similar mental capabilities as humans and, thus, might be capable of similar mental health disorders. The suggestion was that such a claim, that animals feel complicated things, was amusing and even comical. Yet, this realization might be scoffed at by anyone who has ever brought their pet to the veterinary clinic or stepped inside of a competition ring with their dog. Of course, animals feel stress, anxiety and more!

But while science has spent decades creating, validating, and researching models for human psychiatric disorders in mice and rats, the idea that dogs might suffer naturally occurring analogues of human behavioral disorders has lagged far behind. The evidence for canine mental disorders is overwhelming. But, just as it is in people, a diagnosis of a mental disorder does not make a dog “incapable” and deserves to be destigmatized as well. Behavioral disorders can present themselves in various forms and severities, even – or especially – in high performing sports dogs.

This presentation will focus on canine mental health and its role in shaping the experiences of our performance and sports dogs. This presentation’s goal is to start moving us beyond “it’s genetics!”, when we can’t explain a dog’s behavior, and past “we just need to train more”, when we struggle to change a dog’s behavior. Special emphasis will be placed on scientific advances in canine brain imaging, genetic studies, and behavioral assessments to help us arrive at a fuller picture of what makes our performance dogs tick – and how we can help them. 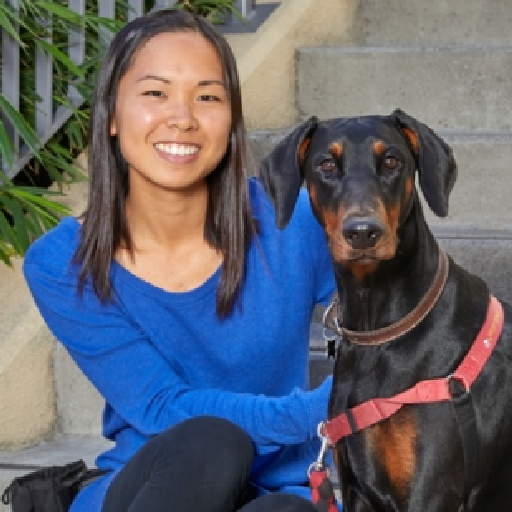 Dr. Sophie Liu (she/her) originally fell in love with dog behavior when she found herself with a very challenging and aggressive Doberman mix. That experience pushed Dr. Liu to dive deeply into animal behavior, dog training, and eventually to veterinary medicine. After graduating from Cornell University College of Veterinary medicine, she entered private practice in small animal general medicine and is now completing a behavior medicine residency at San Francisco SPCA.

She is particularly passionate about critical thinking, objectivity, and evidence-based practices when it comes to dog behavior. At the core of everything is her love of dog training. Dr. Liu believes there is no feeling more wonderful than a dog’s full engagement and no sight more lovely than beautiful training. She currently trains her Doberman in protection sports and her Taiwan rescue dog in agility.