Many people don’t understand the importance of conditioning until their dog has suffered an injury. They feel that participating in dog sports IS conditioning. That couldn’t be further from the truth. ALL dog sports require specific conditioning to prevent injuries and to ensure that your dog is performing optimally and comfortably. Many dogs are physically uncomfortable or in pain but will continue to work because they love it and want to please us.

Something slightly off in your dog’s performance? Often it is physical and it’s not picked up by conventional medicine. Want to optimize your dog’s performance? ALL performance dogs are athletes and all athletes require a conditioning program! It doesn’t have to be complicated, time consuming or require a lot of equipment. We will look at exercises that can easily be done at home with a minimum of equipment. Quality over quantity is my mantra! Many people are “conditioning” their dogs, but just like with human core work, form is of paramount performance.

Exercises done incorrectly can actually cause injuries. Whether you are playing sports just for fun, a novice competitor or seasoned team, conditioning should be part of your routine. The best part is that dogs love it!! 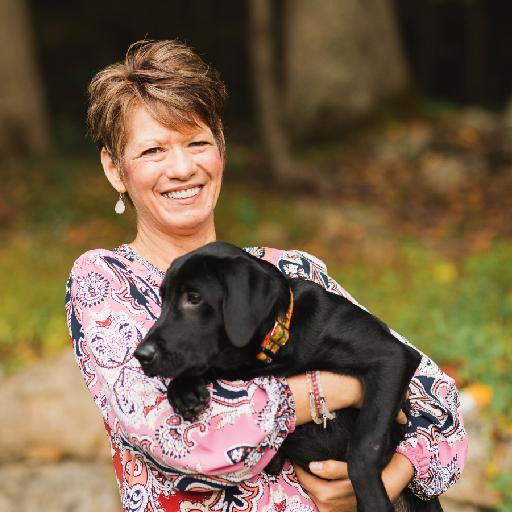 Petra (she/her) graduated from Rutgers School of Health-Related Professions 25 years ago with a degree in physical therapy and has experience working with an extremely varied caseload, including pediatric through geriatric clients with a vast range of diagnoses. Her areas of expertise included in-patient rehabilitation, orthopedics and neurology. Petra also raced bicycles at the professional level and participated in international events. She is now an avid runner, practices yoga and meditates daily.

Petra trains and trials her Labrador Retrievers in obedience, agility and field. Her black Labrador Retriever, Tyler, had the distinction of being the 2008 and 2009 National Obedience Champion and First Runner Up in 2010. In 2012, Petra and Tyler became the first American team to win the Obedience World Cup (they placed second in 2010). Petra’s dogs have also earned field titles (MH, QAA). She competed in Masters with her dog Zaidan, who is now retired.

She currently has two dogs actively trialing in obedience, Zeal and Zayna. Zeal has won multiple Regional Qualifiers and the 2018 Obedience Classic. During his competition career Zeal has earned 10 Perfect 200 scores. Following in his father’s pawsteps, Zeal was also the 2020 National Obedience Champion. Zayna won the Novice Division at the 2019 Obedience Classic, placed second (to Zeal) at her first Regional, and recently finished her OTCH.

Zesty is the newest family member. He is quite the clown! He loves dressing up and learning new tricks and is becoming quite the social media star. He is also training for competition obedience.