The Science of Dog Play and Its Applications

Examining the science of play in dogs and other species can provide an appreciation for “why” play may have evolved in the first place. What’s so special and interesting about play? It’s certainly entertaining to watch dogs at play, but is play always about fun and games or is there sometimes more going on than what meets the eye?

In this informative presentation, you will acquire the tools to recognize play in dogs and learn about why play is important in dogs and other species. Dr. Ward will discuss the different types of play with an emphasis on social play (i.e., play directed at a partner), the characteristics and structure of play, and what “friendly” or “good” play looks like between dogs. Here’s a spoiler alert though: good dog play is defined by the players, and it can look a little different depending on the participants and their relationship.

Social play can often be about fun and games, but not always. It can also be a way for some individuals to test the boundaries and limits of the relationship, but in a “less serious” or “lighter” context—the context of play. On one hand, social play can often be thought of as a dance between participants that helps to define and refine the relationship, but on the other hand, it can also be the expression of an existing relationship between participants.

In this presentation, Dr. Ward will draw from her own research on dog play, including information gathered over many hundreds of hours watching dogs at play. She’ll discuss new and interesting findings from the published literature on play and present case studies from her own behavioral consulting practice. Whether you are a dog guardian hoping to learn more about play in your own dogs or a behavioral professional looking for ways to help clients understand play in their dogs, this presentation promises to be fun, informative, and to offer thought-provoking insight on the science of play. 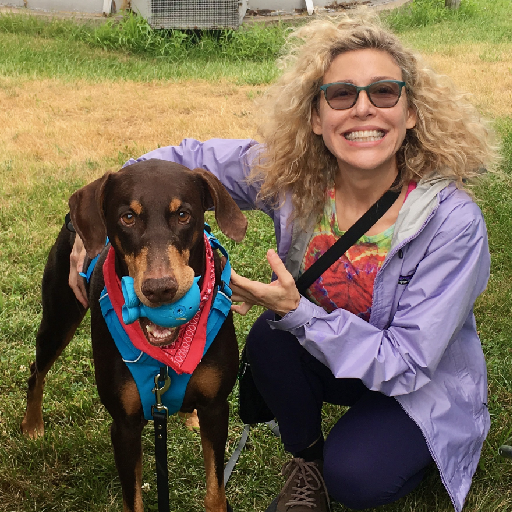 Dr. Camille Ward (she/her) is the President and founder of About Dogs LLC, where she specializes in behavioral consultations for the prevention, modification, and management of canine behavior problems. Her philosophy stresses working from the dog’s point of view.

Dr. Ward has lectured nationally and internationally on canine behavior. She has published on animal behavior in a variety of scientific academic journals, and her work has been featured on MSNBC, in Cosmopolitan magazine, and in the Bark. Most recently, she studied greeting behaviors between dogs and published her findings in the journal Pet Behaviour Science.

Dr. Ward received her certification through the prestigious Animal Behavior Society as a Certified Applied Animal Behaviorist (CAAB). The process to achieve certification is selective and rigorous, and it represents the highest achievement available to an academically trained applied animal behaviorist. She also served for seven years on the Board for Professional Certification for CAABs.

Dr. Ward co-hosted a symposium on “Comparative Canine Behavior” at the 53rd Annual Conference of the Animal Behavior Society. The symposium was the first academic forum for canine behavior research in North America and included invited speakers from around the world to present their research on the behavior and cognition of both domestic dogs and wild canids.

Dr. Ward serves on the Advisory Group of Dr. Marty Becker’s Fear Free Initiative, where the emphasis is on the emotional well-being of dogs during veterinary visits, grooming procedures, when working with trainers, and more. She also worked as an Animal Behaviorist for the ASPCA’s Anti-Cruelty Team, working with other professionals on the rehabilitation of dogs rescued from fighting, hoarding, and other forms of abuse.