Train This Now! The Short List for Your New Puppy

Bringing home a new puppy? Or does your adult dog have some basic holes in their foundation? Here are the start points. The nuts and bolts of five different skill sets to get you off on the right foot together.

What you should start right away and what can wait. What you can condition in the first few weeks together that will help you the most as your dog grows up. Ideas and demonstrations of how to use classical conditioning as well as operant training to get the most benefit for your relationship. The approaches that work best with that receptive and flexible baby brain. 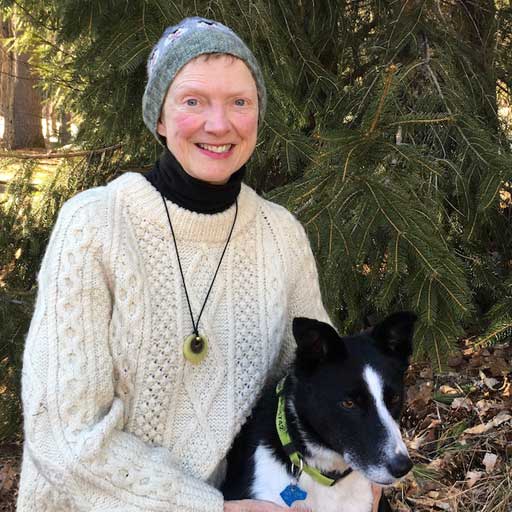 Julie Daniels won her first award for writing in the fourth grade, and she was training dogs long before that. She learned to walk by holding on to the family’s German Shepherd and has kept that rapport her whole life.

In the early days of dog agility, Julie was one of the champions of the sport. She brought equipment all over the northeast, organized demos and helped clubs get up and running in the 1990’s. She is well known as a premier teacher at all levels of play, and she loves working with all kinds of dogs.

Julie has titled and won with many different dogs through the years, including two Rottweilers, a Springer Spaniel, a Cairn Terrier, two Corgis, and four Border Collies. She is the only person to make USDAA Grand Prix finals with a Rottie or a Springer, and she did it two times each.

In international agility competition, Julie is a member of two gold-medal-winning teams. She is also a two-time USDAA National Champion. She has won many televised events, including the Purina Incredible Dog Challenge and the ESPN Great Outdoor Games. Three of her Border Collies, Spring, Clark, and Sport, have made the Challenger’s Round at AKC National Championships. Julie and Spring are the only team to win the International Class three years in a row at Springfield, the largest agility trial in the US. Julie and Spring also made an appearance to promote agility on Good Morning America. Julie is well known worldwide as the expert commentary voice of Cynosport agility, doing the livestream video broadcasts seen all around the world.

Julie’s first agility book was published in 1991 and her “dog’s choice” games were actually controversial at that time! But she was nominated for a Dog Writer’s Award nonetheless and has continued to evolve her positive approach to dog sports training. Julie is the author of three DVDs and four agility books, including an update of her award-winning foundation training book, Enjoying Dog Agility.